Disclosure: This post may contain affiliate links from which I earn a commission.

Sometimes the massive amount of labeling and non-GMO-labeling and plants and seeds and EVERYTHING in the green shopping market is one giant hot mess. Some mad scientist has opened up a can o’ whoopass on us throwing in a drama cocktail which has all the subtlety of a reality tv show like Hell’s Kitchen combined with the Kardashians combined with Jersey Shore with a hint of Jack Kavorkian thrown in.

Heidi Heinsen Goodin (in the photo above) recently asked me what the difference is between all of this stuff. Below is my best answer. They are not meant to be the do-all end-all to growing definitions, but instead, a reference which will give you a basic idea of  the differences so you can begin to better understand the food you consume.

What is an Heirloom Plant?

Generally speaking, an heirloom plant variety is a variety that was grown quite commonly by previous generations, but is not used in today’s large-scale modern agriculture. Most specifically, the plants must keep their traits uniformly through open pollination. Often the term ‘heirloom’ is categorized by defining age. There are varying opinions, but some say heirlooms are over 100 years old, while others say 50 years old. Most use WWII as a dateline, saying that plant varieties developed before WWII with non-hybridization techniques are considered heirlooms. Some heirloom seed varieties are labeled “heirloom” and some are not – it’s more up to you to know about the varieties on the market.

What is a Hybrid Plant?

Hybrid plants are the specific result of plant breeders who engineer new varieties of plants deliberately by combining preferred or desirable characteristics of the parent plants. Hybridizing is a labor-intensive process that can be done in the field or in a laboratory and involves selecting specific plants, then removing  the pollen-bearing anthers of the female plants so that only pollen from the selected male plants can be pollinated. Pollen is then manually transferred to the female plant. New plants must be cross-pollinated one generation at a time. These plants grow to full size, then develop seeds. Those seeds will not necessarily produce plants that look like the hybrid parents, but instead, might grow a unique attributed plant. Hybrid plants are not labeled.

GMO is an abbreviation for “genetically modified organisms.” GMOs are plants or animals created through the gene splicing techniques of genetic engineering or biotechnology. This is an experimental technology which merges DNA from different species, creating combinations of plant, animal, bacterial and viral genes that cannot occur in nature or in traditional crossbreeding and could be unstable.

What the “big deal” about GMOs right now is many people do not want to consume GMOs, but the American system of food labeling does not say that we have to be told if a product has a GMO ingredient in it or not. I think we should have truth in labeling, so I personally feel that all foods should be labeled with GMO ingredient information so I can make an educated choice about what my family is consuming.

There you have it – the super-basic differences as I see them. Let me know your thoughts on the issues – I want to hear your opinions and ideas.

« Blessed By A Shaman and Rappelling Through Flying Bats Into 40 Foot Deep Cave Water
Best Guacamole Recipe Ever! » 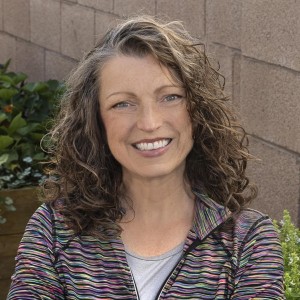 I'm Shawna Coronado and I am so happy you are here with me!

I am an anti-inflammatory wellness lifestyle advocate and coach. I teach you how to reduce chronic pain with diet and exercise, by growing organic produce and plants, and by helping you explore smart anti-inflammatory recipes and cooking ideas.

Starting from the ground up in order to find better health is something that I have lived through. I have severe degenerative osteoarthritis of the spine and have experienced a drastic anti-inflammatory wellness transformation in my life. I've succeeded in finding less pain and more happiness and I know that you can too. I hope you will join me here on my website for my classes, my newsletter, and all the fun learning adventures, so we can continue our health journey together.

Subscribe To My Newsletter
Be the first to get the latest updates and
exclusive content straight to your email inbox.
No Thanks!

Zip on over to
The Wellness University!